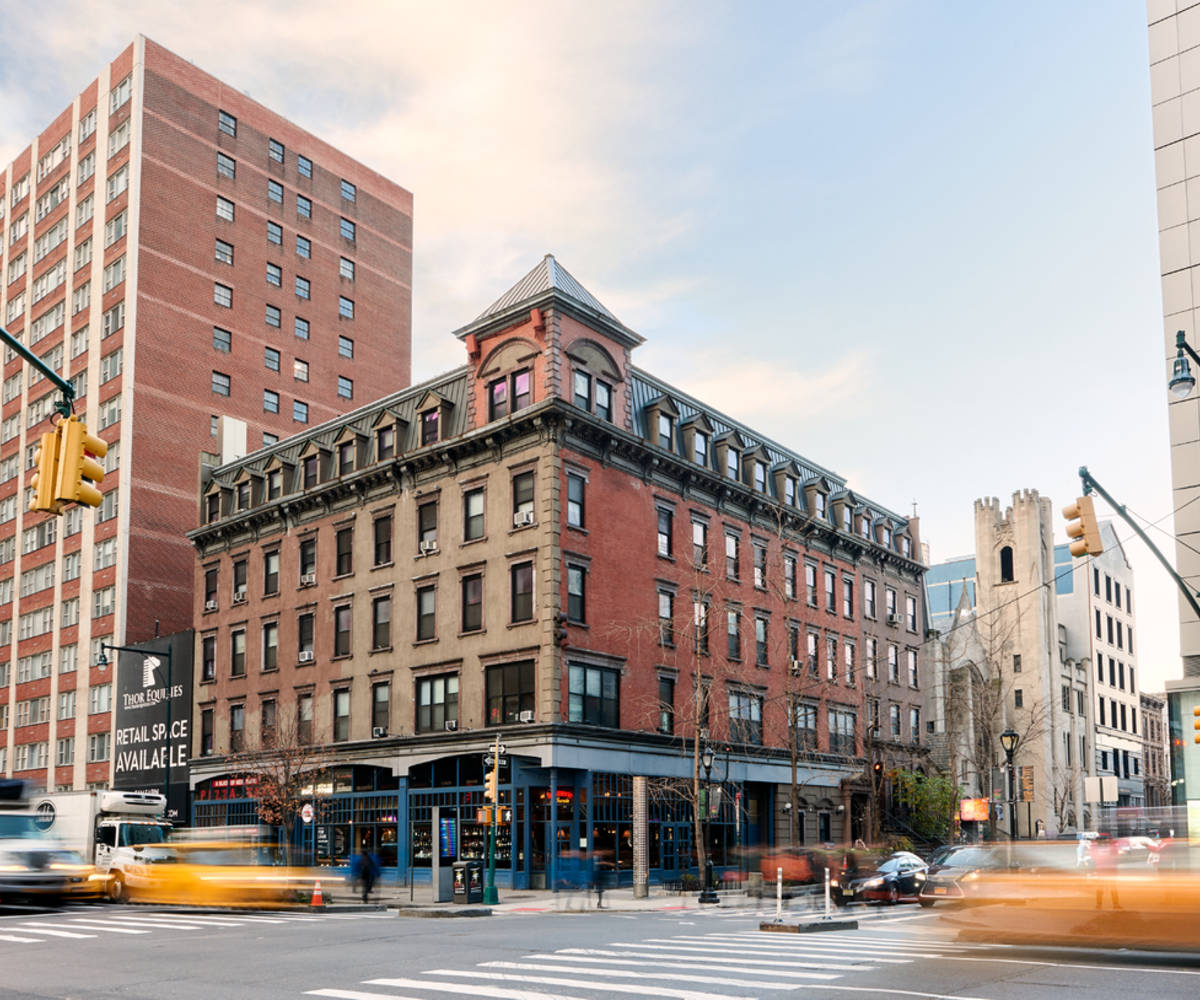 Built in 1867 on the corner of 8th Avenue and West 46th Street, 300 West 46th Street is a 5-building complex and a gateway to Restaurant Row. Originally French flats on 8th Avenue and two brownstone townhouses on West 46th Street, these buildings were converted to rooming houses in the 1920s. With 81 extremely small rooms, 5 entrances, and shared bathrooms and a few kitchens, the buildings served as affordable accommodation for working people of modest means. Ground floor stores included a deli, a pizza parlor, and Jimmy Ray's, a well-known Broadway theater saloon.

With the decline of Times Square in the 1970s, the buildings were sold to real estate speculators, who net leased them to a series of disreputable operators that sought to maximize income by renting to tenants involved in illegal activities. By the mid-1980s, the buildings had become the center of drug dealing, prostitution, and crime, while long-term tenants remained in place. The buildings were extremely run-down, very poorly maintained, and dangerous.

With assistance from the local tenant advocacy organization, Housing Conservation Coordinators (HCC),building tenants and the City of New York brought multiple legal actions against the owner and lessee of the buildings. Eventually, those legal actions led to the State Supreme Court appointing a Temporary Receiver for Harassment to administer and restore the property. In 1986, HCC approached CHDC to be the managing agent for the Temporary Harassment Receiver in his efforts to help stabilize the building.

After the 1995 legal settlement of the Receivership, CHDC proposed to purchase the buildings from the owner. In 1996, utilizing public and private financing including HPD's Supportive Housing Program and Low-Income Housing Tax Credit equity, CHDC created 70 units of permanent supportive housing with on-site social services. Construction of the project was completed in December of 1999.

Find out about available apartments in 300 West 46th Street.